Bars application of the rule of joint and several liability in the recovery of noneconomic damages from defendants found to be 50% or less at fault.  The reform does not apply to actions where the defendant is found to have acted with reckless disregard of the rights of others, and in actions involving motor vehicle cases, actions involving the release of toxic substances into the environment, intentional torts, contract cases, product liability cases where the manufacturer could not be joined, construction cases, and other specific actions.

Requires that 20% of all punitive damages awards be paid

Requires that 20% of all punitive damages awards be paid to the New York State General Fund.

Provided for a fix to the Desiderio decision. The Desiderio decision resulted from poorly drafted language of a 1986 law designed to address tort liability and resulted in the double-counting of inflation on judgments against hospitals; in one case a $40 million judgment into an almost $140 million judgment, which was upheld by the New York State’s Court of Appeals. Other provisions were included that were favorable to the trial bar: accelerated payments to plaintiffs; a provision which allows up to $500,000 in damages for pain and suffering, or 35% of the pain and suffering award, whichever is greater to be awarded as a lump sum, rather than the old limit of $250,000; and a reduction in the time pain and suffering awards are to be paid from 10 years to 8 years.

In 1993, Chief Judge Judith Kaye established the Jury Project, a statewide jury reform commission, in order to improve the response rate to juror summonses, ensure more representative juror pools, and improve the public’s understanding of jury service.  Prior to its reform effort, New York had 26 professional exemptions ranging from judges, lawyers, physicians, and police officers to ministers, podiatrists, optometrists, volunteer firefighters, and Christian Scientists.  Remarkably, these exemptions excluded over one million of New York’s citizens from the jury pool and contributed to a shortage of jurors in the 1990s.  At that time, New York courts only paid $15 per day to jurors for their service.  In December 1995, the New York legislature passed a law expanding juror source lists, eliminating all occupational disqualifications, eliminating all exemptions from jury service, providing for one deferral of jury service as of right and a 800 number to reschedule, simplifying summons enforcement procedures, increasing the juror fee to $40 and abolishing separate reimbursement for transportation costs, requiring employers with over 10 employees to pay the juror-employee’s fee for the first three days, and creating an ombudsman to administer and enforce the law prohibiting employers from penalizing employees who miss work because of jury service.  The court also adopted various reforms to increase juror comprehension and public education, and invested significant resources to improve court facilities and services.  Following New York’s reform, press reports hailed the increased diversity of the jury pool and the greater willingness of those summoned to serve. 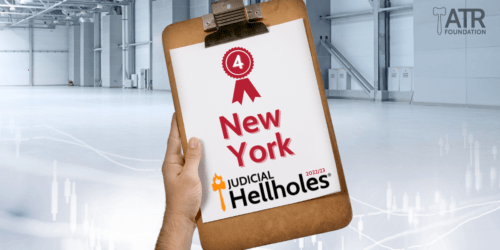 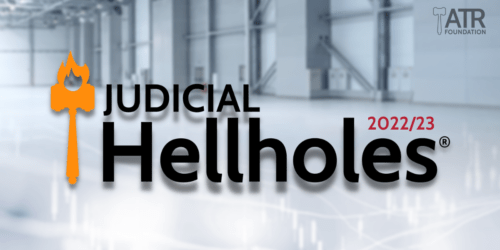 From 2017 through 2021, trial lawyer groups flooded New Yorkers
with more than 3.5 million ads 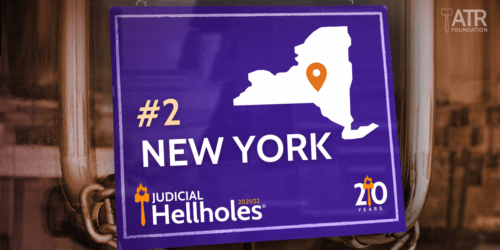 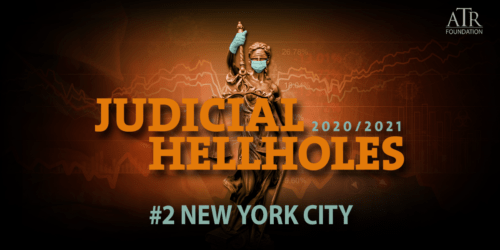 The New York trial bar may get yet another gift from the state lawmakers seemingly tied around their finger.

The Big Apple’s avaricious attorneys refused to let a global pandemic slow their stride and in turn earned their city the dubious distinction of a “Judicial Hellhole” yet again. The […]